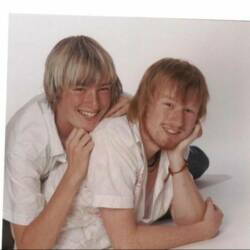 DEOO
Offline - 12 hours
Mar 3rd 1955, 66 years Male Married Jun 21st 2021 17:57
Challenges
Medals
Gallery
Friends
Favourites
Gifts
Visits
More
well i was born at an early age , must have been an ugly baby cause midwife picked me up by my ankles then slapped me mum. used to be very fit , sport for school , work , local teams , usual stuff. joined the police in 1972 been stabbed , shot , had many a kicking whilst in work , ah happy days. married to a vet , house full of animals with me low down on list , two handsome boys , 21 and 17. . what else can i say , had to go to the doctors last week , told him i hurt my back in two places , he told me not to go to those places again. told him living with a vet i felt like a dog , he told me to lie on the couch but i told him i wasn't allowed on the couch. Sometimes I wish I was a little grub , with hairs all round my tummy , I'd climb into a honey pot and make my tummy gummy..Won £1000 a few months ago on another free site. Tombola.co.uk , five games to play.. no commission tho , shame but good luck if you try it. bye for now. Piccy is of my two sons, Jamie 17 on the left and Chris 21, much better than looking at me. This is a print of a large wall photo they had done for our anniversary, nice eh. Better to look at them than at me.Lots of people have asked me about my dragon breeding..sorry not allowed to discuss it.